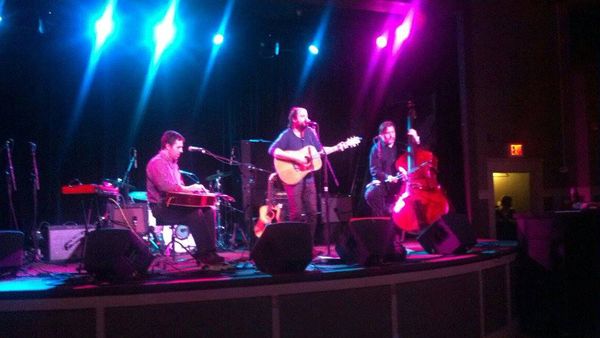 Jeremy Wilson is a singer-songwriter  and music producer from Portland, OR. He is known for his bands Pilot and Dharma Bums.  Jeremy's latest solo album is called Empty Through Empty Space 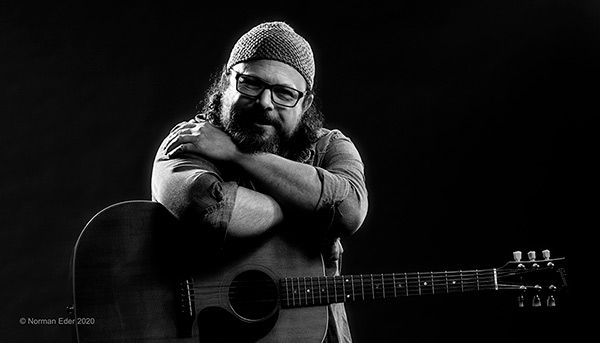 After experiencing a medical crisis requiring a series of heart surgeries, Jeremy Wilson - a former member of the bands The Dharma Bums and Pilot - felt blessed by the generosity of friends and fans who raised money to help him through his treatment and recovery. During this difficult time, he resolved to "pay it forward" and assist other Oregon and SW Washington musicians who find themselves in health-related or other crises.

In 2010, Jeremy established the Jeremy Wilson Foundation (JWF) and for more than a decade, has devoted thousands of hours to assist local musicians and their families in times of need.(read more) 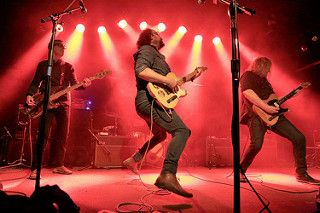 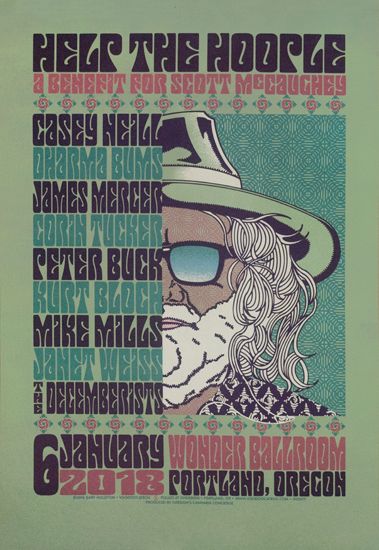 In 2010 Jeremy founded the nonprofit musician’s health and services organization The Jeremy Wilson Foundation 501(c)3.   Since 2010 The JWF has given out over one million dollars in assistance grants to Oregon and Clark County Washington musicians facing medical emergencies.

Jeremy has been interviewed and featured in several books including Heavier Than Heaven: A Biography of Kurt Cobain [Charles R. Cross], and more recently in 2014, Heaven Adores You, a documentary film about the life and music of Elliott Smith directed by Nickolas Rossi. Jeremy played a direct role in the early career of Elliott Smith. Jeremy and the Dharma Bums were featured in the movie  Satyricon - Madness & Glory produced by Mike Lastra released in 2013.

The Oregon Music Hall of Fame inducted the Dharma Bums in 2011. 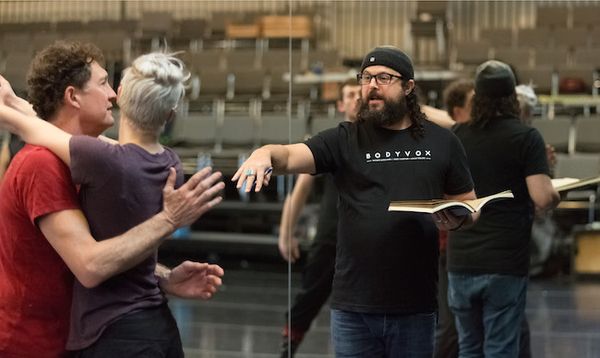 A little known fact about Jeremy: He was a ballet dancer from age 8 to 14 and was accepted to London's Royal Academy of Dancing the year he decided to quit and focus on music.  Recently Jeremy was invited to be a guest choreographer for the Portland based dance company BodyVox for their Pearl Dive Project performed April 7 thru 24, 2016.

A BRIEF AUTOBIOGRAPHY IN THE 3RD PERSON

Jeremy was born in Detroit Michigan in 1968, and by way of North Carolina moved to Scotts Mills, Oregon in 1976 (pop. 200). He started learning music at the age of 5 and by 14, as a member of the band The Watchmen, began jamming weekly in front of growing crowds at bars, grange halls, high school dances, teen clubs and parties throughout the Willamette Valley of Oregon. 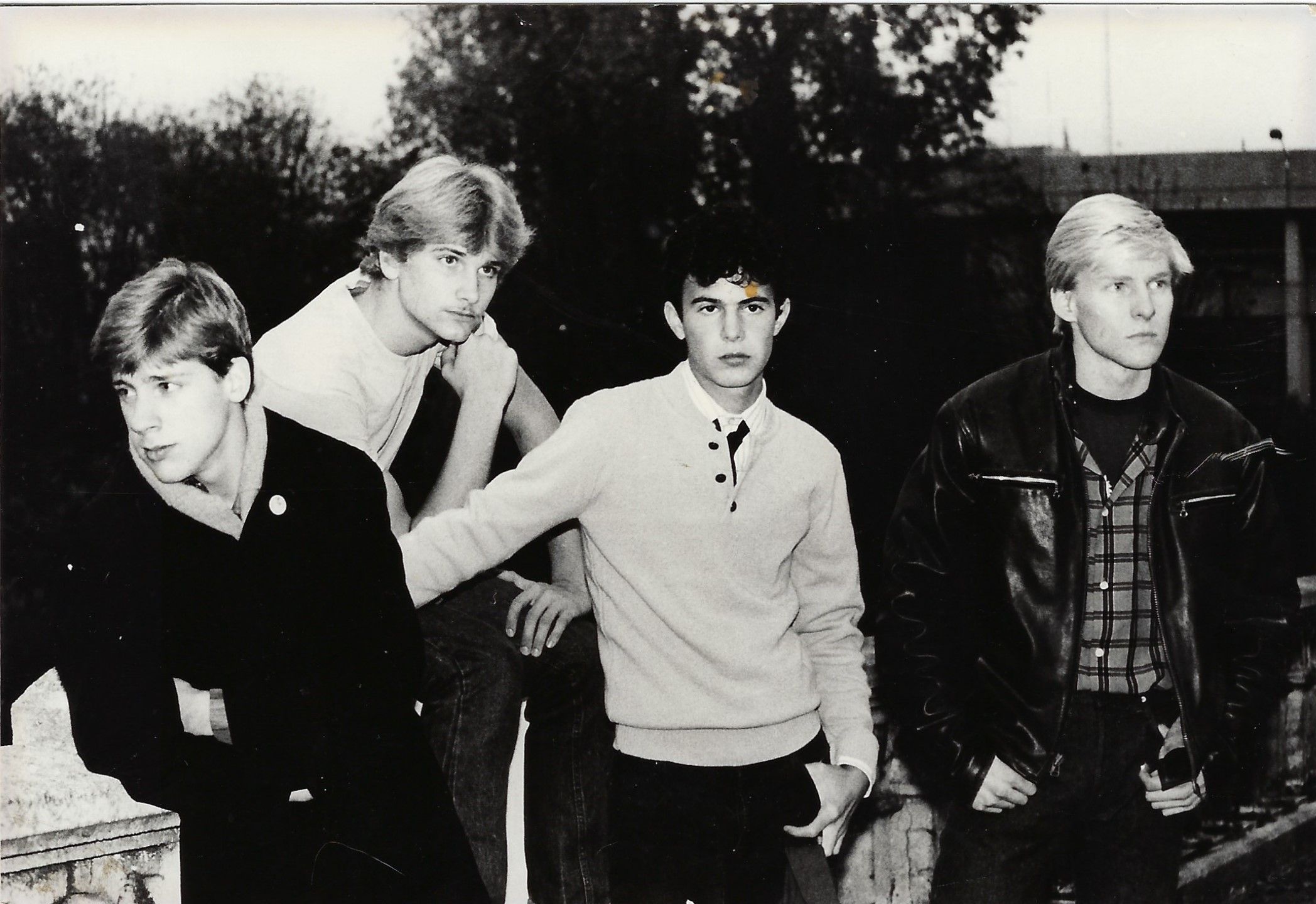 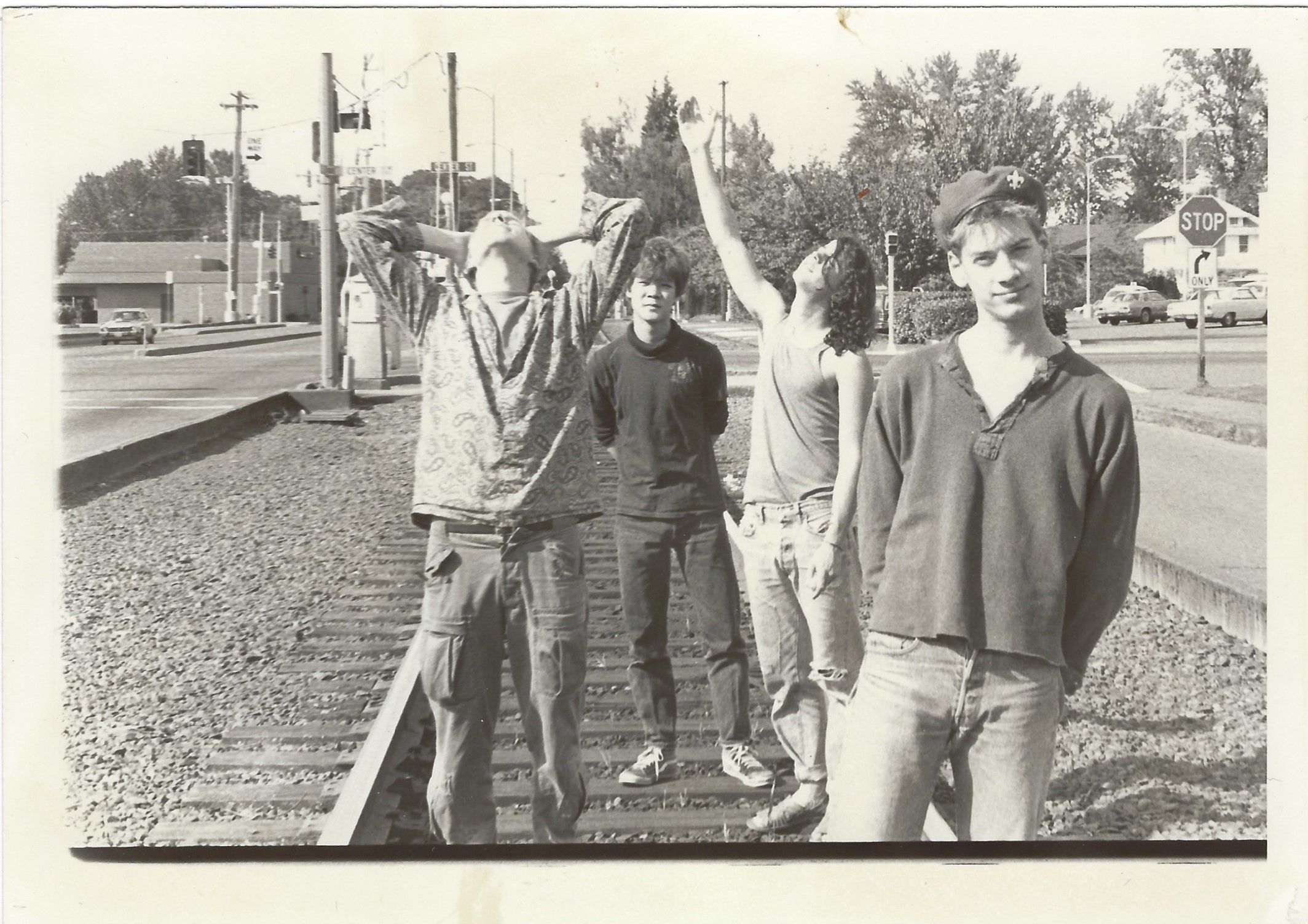 In 1985 Perfect Circle formed after everyone else in the Watchmen graduated from high school and Jeremy still had two more years to go. That's when Jeremy met Patrick Gundran (followed by Andy Bryant) guitar, Ric Johnston bass and John Moen drums and vocals who all lived in Salem, OR and went to school together at McNary High.  Perfect Circle became popular playing their beautiful all original music inspired by underground music and bands such as R.E.M., The Velvet Underground, Jesus and Marychain, the Replacements, along with the vibrant local music scene of the day .

The first shows Jeremy played in Portland was at the age of 17 with Perfect Circle when opening for popular local bands like the Miracle Workers and the Rifle Birds at punk clubs including the Satyricon and the Pyramid Club. Perfect Circle played fast and passionately and John Moen (drummer) and Jeremy honed a dual vocal technique first in Perfect Circle before taking it to the Dharma Bums. 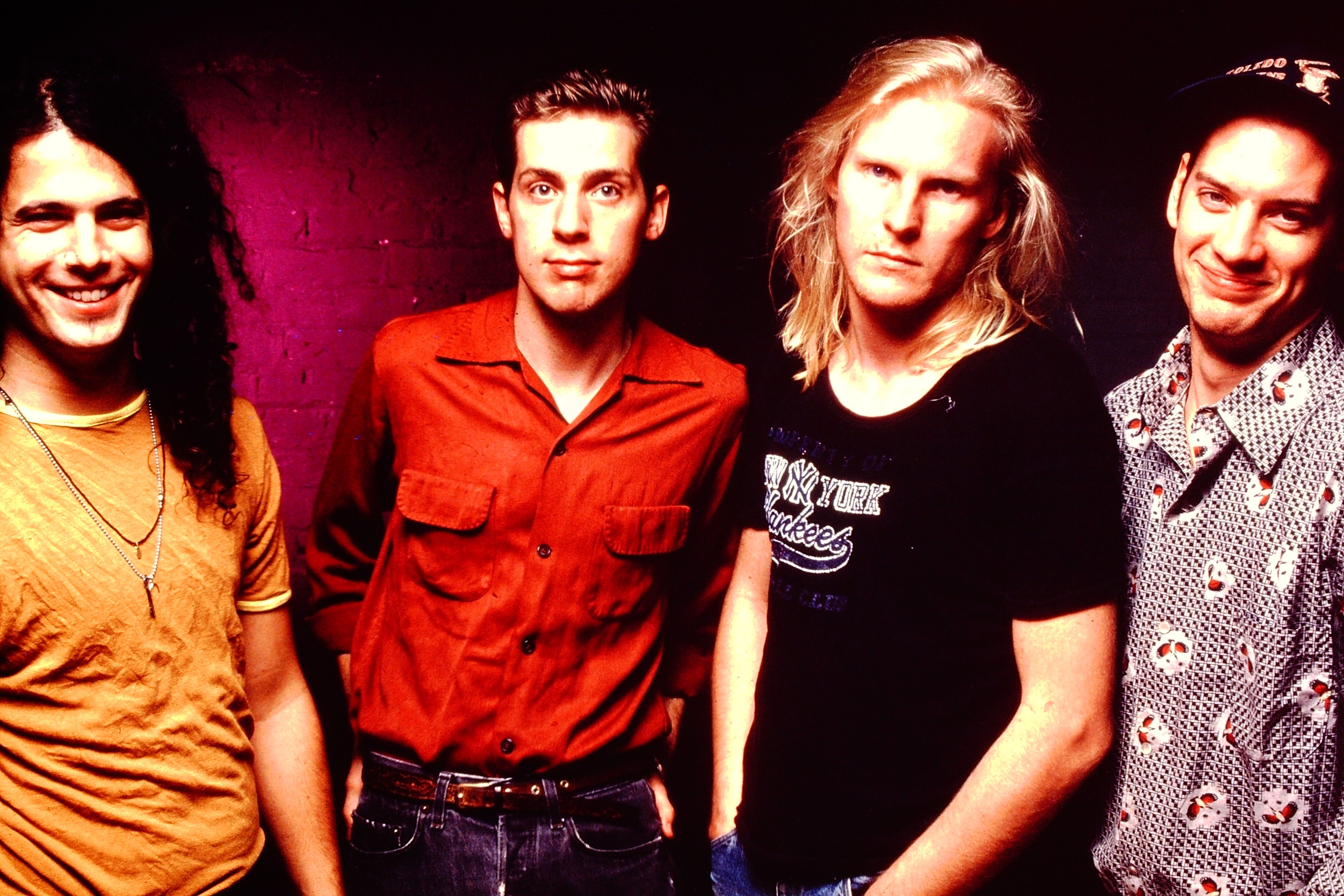 In 1986, the Watchmen basically reformed and emerged in Portland as the Dharma Bums, but now, Jeremy singing/guitar, Eric Lovre singing/guitar, Jim Talstra bass and John Moen singing/drums and in 1987 signed to PopLlama Records out of Seattle. Shortly after the release of their first album HAYWIRE, the band was picked up by Lisa Fancher,  who's seminal indie music label Frontier Records released HAYWIRE and put out two more albums, BLISS (1990) and WELCOME (1992), and multiple singles, compilation records, and music videos.


DHARMA BUMS
"The Light In You"
video

After six solid years of nonstop making music and US / European touring the Dharma Bums broke up in 1993.
At that point Jeremy decided to go to Costa Rica for three months to figure out what to do next. He ended up writing 65 songs there in a creative outpouring.

Around this same time too Jeremy introduced the band Heatmiser to Frontier Records and worked with Elliott Smith and the band on their first album, Dead Air (1993). 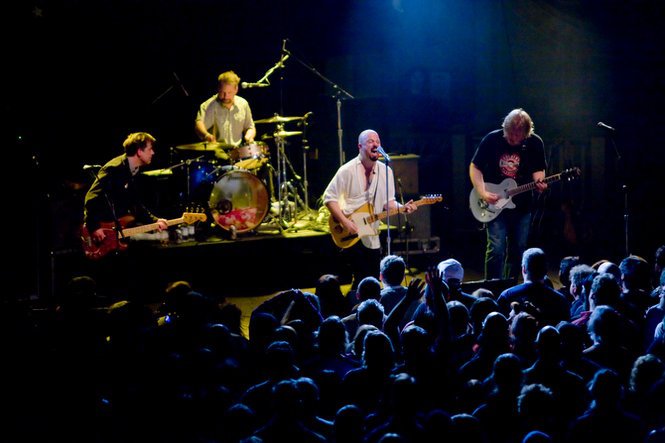 The band reunited in 2010 for a series of reunion shows and benefits. Above is a picture taken from the Crystal Ballroom in February of 2010.
Here is the Bio/Press Release announcing the reunion:

“Somewhere out in Oregon, in the middle of a hayfield, in the middle of nowhere, is an old wooden Grange hall…As you draw closer to this drab unassuming structure, you hear the sound. This is not a make-believe music video set, it is the very real place the Dharma Bums recorded their second album, Bliss…the record to show the world that Oregon is a place where the music is as rooted in its people as it is in the land.”
The Rocket

The Dharma Bums, a ground breaking garage band in the best tradition of the early 80s college rock scene, such as R.E.M, Rain Parade and MC5, banded together in 1986 in the small rural town of Silverton, OR.  Having played together since their early teens in such bands as, The Watchmen (with an early repertoire of 250+ songs) and Perfect Circle, Jeremy, Eric, John and Jimmy became Dharma Bums once everyone was finally graduated from High School and available to hit the road full time. Relocating to Portland in 1987 the band, named after Beat Generation, Jack Kerouac’s book Dharma Bums, became huge on the west coast and garnered a reputation for putting on high-energy-adrenaline-filled shows to packed houses and played 200 plus shows annually throughout 48 of the 50 states and Europe during their six year run.

Their first record, Haywire, was produced by the lead singer of The Young Fresh Fellows, Scott McCaughey (R.E.M., Minus 5) and PopLlama mogul and engineer Conrad Uno (Mudhoney,Young Fresh Fellows). Haywire was recorded for PopLlama in 1989. Within months of Haywires release, Frontier Records’ Lisa Fancher, re-released the record, and “Boots of Leather,” became an instant college radio hit.

In 1990 the Dharma Bums released Bliss on Frontier Records.  Recorded in a grange hall in the middle of Oregon's Willamette Valley,  Bliss covered subjects from rape and adolescence to suicide, in a mature fashion built on “ragged rock textures.” The Dharma Bums known for their three part harmonies garnered international acclaim and wildly good reviews with Bliss because of such psychedelic anthems as "Pumpkin Head" and "Pigweeds" juxtaposed next to hook-laden classics such as "Stayed Up Late" sung by drummer John Moen, and beautiful country rock ballads like "A Place To Be".

The Dharma Bums recorded their third and final album Welcome for  Frontier in 1991 which produced the MTV 120-minute's hit video produced by the band, "Light In You".  At the height of their popularity, right as the Northwest "Grunge Scene" was exploding, and with many fans and people in the music industry expecting the band to be "the next big thing", broke up suddenly in October of 1992.

In recent years, Eric has been working on producing and engineering projects in his all-analog studio working with John Fahey, the Minus 5, Perhapst, Kalaloch, and Michael Davis (MC5). His new solo record, Broken High-Fidelity, (his 12th album) features Northwest greats Scott McCaughey and John Moen.

Jeremy went on to form the alternative-rock band and major label recording group Pilot, and currently heads up MastanMusic recording studio and label. He has engineered, mixed or produced projects for a long list of artists including, Jared Mees, The Dry County Crooks, Raphael Rudd/Pete Townsend, The Cribs, and has played an integral roll in the careers of many Northwest artists including the late great Elliot Smith. He also fronts a solo project with guitarist Sam Densmore (Silverhawk), drummer Ezra Holbrook (Decemberists/Dr. Theopolis/Minus 5) and bassist Aaron Masonek and regularly plays live shows around the NW.

John, after the break-up of the Dharma Bums, formed the beautiful pop rock band Maroons, which released two critically acclaimed albums. John has had an amazing career as a drummer and has played with The Fastbacks/Elliott Smith/Stephen Malkmus & The Jicks (among others), and is currently a member of Portland’s The Decemberists. He now fronts his own band again called Perhapst. He has used his time off from touring with the Decemberists to make Perhapst’s self-titled debut, which was recorded and produced by Eric Lovre and released last year to glowing reviews and is currently working on the second Perhapst album.

Jimmy is one of the rotating members of Scott McCaughey's super group Minus 5, and also played in the Maroons (with John), No. 3, the Cavemanish Boys and is a highly sought after bass player appearing on countless albums.

Dharma Bums are releasing a CD with a working title of DUMB. The songs are from a collection of archival recordings from 1987. Self-recorded to a cassette 4-track with just a few mics, at several different band pads, these recordings represent pre record deals and big crowds; music the band made for the pure joy of it while John and Jeremy were still just teenagers and Eric was honing his recording skills. The album originally recorded by and recently produced, mixed and mastered by Eric Lovre includes  the garage classic by Them (early Van Morrison band) "I Can Only Give You Everything," a mad cover of "Lets Dance," and thirteen never heard before originals. The low-fi fuzz and teenage angst only enhances the mystique and vibe of these rare recordings. DUMB will be available for the first time at the Dharma Bums concert at the Crystal Ballroom February 20, 2010. 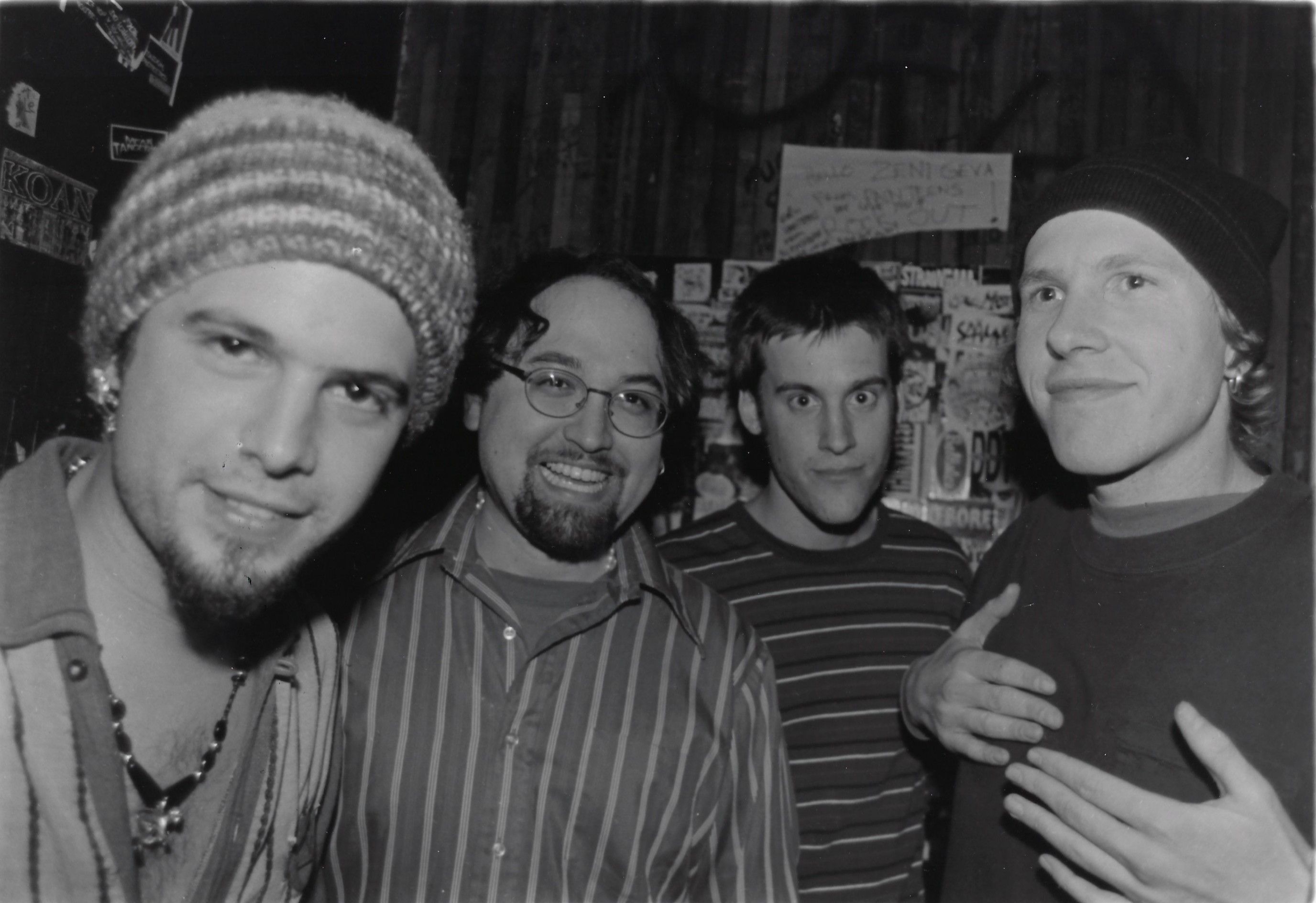 In 1994, with nearly 100 new songs to work with, Jeremy formed the band Pilot with old Perfect Circle mates Patrick Gundran (guitar) and Ric Johnston (bass) and new drummer Eric Alto and released the FORK FOR A TONGUE EP produced by Tony Lash, (Heatmiser/Dandy Warhols) for Portland indie label T/K Records. At that time Jeremy signed a publishing deal with Sony Music and a record deal with Elektra Records. 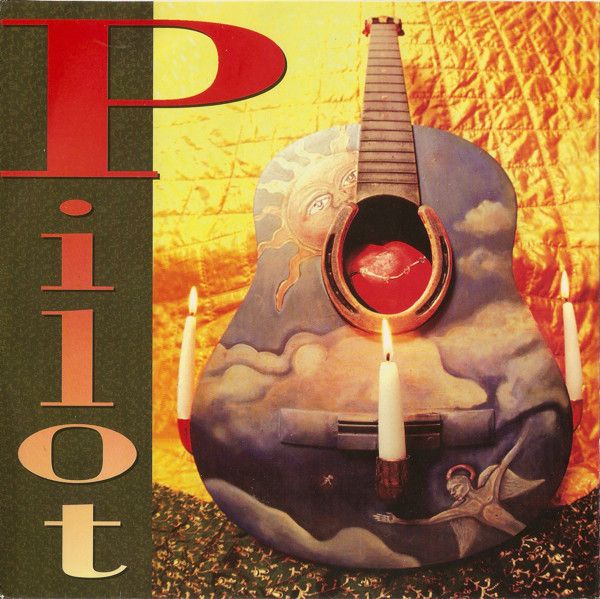 PILOT
FORK FOR A TONGUE

Working with mentor/producer Joe Chicarelli (Weezer, Frank Zappa, Tori Amos, Boston), recorded the epic album HISS (1995) that ended up never seeing the light of day when Time Warner acquired Ted Turner Entertainment and Elektra got gutted. The album was one of many things cut in the acquisition process. Undeterred, Jeremy borrowed funds and made the critically hailed Pilot album WHEN THE DAY HAS BROKEN (1996), and the single "Belong" received airtime nationwide on commercial radio stations. The album was licensed to T/K Records. 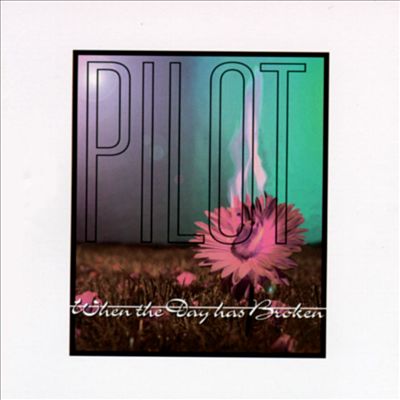 PILOT
When The Day Has Broken

In 1997 Pilot signed to Mercury Records headed by Danny Goldberg at the time and released STRANGERS WALTZ (1998) produced by long time friend and studio owner Barrett Jones (Presidents of TheUnited States, Foo Fighters). Shortly after the release of Strangers Waltz and after years of touring with Pilot, another corporate label buyout occurred, but this time between Seagrams and Polygram. Everyone at Mercury Records, from the president Goldberg to the mail room staff, were fired. Exhausted and no longer connected to anyone at the label, Jeremy asked to be released from his Mercury contract in 1999 disbanded Pilot, and formed his production company MastanMusic in 2000.

Today he works from his recording studio located in Portland in the lower SE industrial area.

Jeremy has produced music for many regional and national acts including an album for Pete Townshend and Raphael Rudd released in 2001 called The Oceanic Concerts (Rhino Records). 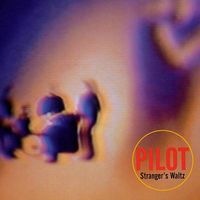 Bands and Artists That Jeremy Wilson & Sam Densmore have recorded for The MastanMusic Hour Webcast / Concert Series / Promotion (Each of these performances are 30 to 60 minutes long. All recorded, mixed and produced at the MastanMusic studio.)